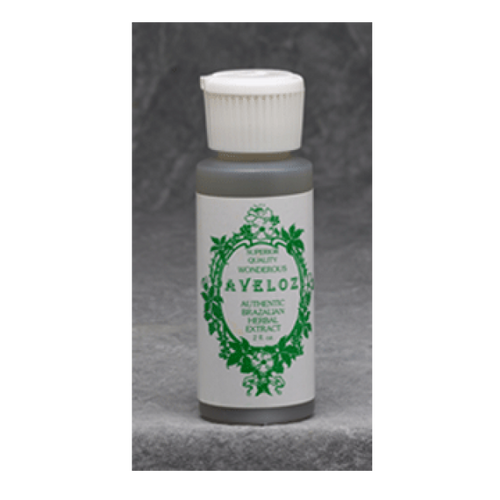 Aveloz Herbal Extract is an important folk medicine item of the Amazon Indians, who have been using the substance through time immemorial and told it secrets to the many colonists who settled in northeastern Brazil.

Dr. Pamifilio, who practiced medicine in Pernambucco, Brazil into the 1880's and 1890's is given credit for introducing the old Indian Aveloz Herbal Extract remedy into the white man’s pharmacopoeias.

His reports on Aveloz sap were taken back to Europe by Juan Gomez Pamo, who had been a professor of medicine in Havana before being appointed as the Queen of Spain’s public health counselor.

Aveloz remained relatively obscure until the 1980s when the ‘Spotlight magazine’ published a story detailing its rich folklore uses and its amazing effects upon human health.

Euphorbia entheurodoxa, Euphorbia insulana, Euphorbia Humnoclada, Euphorbia gymnoclada among others. They all have the same medicinal properties, although they vary slightly in shape and size. The saps of various Euphorbia species have been used in folk medicine since at least 400 B.C.

The botanical name for Aveloz is Euphorbia heterodoxa. Other botanical names for related varieties include: Euphorbia entheurodoxa, Euphorbia insulana, Euphorbia Humnoclada, Euphorbia gymnoclada among others. They all have the same medicinal properties, although they vary slightly in shape and size. The saps of various Euphorbia species have been used in folk medicine since at least 400 B.C

Aveloz is a spurge shrub native to tropical South America. Called Aveloz in Brazil and Alvelos in Spanish speaking countries, it is known as mataverruga (meaning kill-wart) by the local natives. The milky sap of the Aveloz shrub is a tissue tearing escharotic with heat exuding properties..

Aveloz is a succulent plant growing to a height of about 10 meters and is indigenous to tropical areas and rainforests in the Amazon, Madagascar and South Africa. The main trunk and branches are woody and brown but the younger branches are green and cylindrical, looking like so many pencils, which is why it is sometimes called ‘the Pencil Tree.’

It is a tenacious plant that survives changes such as deforestation, drought and advancing deserts where no other plants can.

Before the advent of the white man, the part of South America that is now known as the ‘Hump of Brazil’ was covered with primeval forest. Hot, dry winds have destroyed the region, killing the vegetation right and left and exposing vast expanses of red clay, which is blown away in great dust storms. This systematic deforestation has decimated the entire area, where a miniature desert is taking shape.

Aveloz is the only plant that has withstood all these changes - deforestation, drought and the advancing desert. In fact, it seems to thrive amid the devastation and is spreading on the harsh red clay soil. The Aveloz plant even helps to spread the devastation because of unusual property- it burns any living thing coming into contact with it.This herb is listed as a tissue tearing esharotic which is a substances that can tear apart unhealthy tissue. In this case the heat exuding properties of Aveloz is the reason it functions as such a powerful esharotic.

All parts of the plant ooze a caustic milky sap when damaged like many other Euphorbia species. Direct contact of the sap with the eyes can cause temporary blindness for several days. The caustic sap can also cause skin burns and dermatitis. However, in the diluted extract preparation, these effects are not experienced.

A wide range of phytochemicals are contained in the Aveloz sap:

In addition to Aveloz, ellagic acid is also contained in many health giving fruits such as such as raspberries, strawberries and pomegranates. Ellagic acid reinforces and strengthens the outer wall of healthy (aerobic) cells and helps protect them from the invasion of unhealthy (anaerobic) cells. When anaerobic cells are successful in permeating neighboring aerobic cells, these healthy cells then become anaerobic.

Ellagic acid in pill form has been known to cause severe cases of nausea and vomiting.. This side effect, however, does not occur in the natural Aveloz product just as this does not occur when ellagic acid is consumed in its other natural forms such as berries.

Some of the other compounds in Aveloz are diterpene esters which has been subject of a great deal of medical research.

Aveloz works synergistically with the Lapacho Extract and they make a great herbal combination. We have been making this combination available since 1980.

Add 5 drops of Aveloz Herbal Extract to a liquid beverage (preferably in Willard’s Water) and take 3 times per day on an empty stomach.

WARNING: Dietary Supplement Use Only! This product has not been approved by the U.S. Food & Drug Administration (FDA) for the prevention, mitigation or treatment of any disease - including Cancer, Tumors, Diabetes or Heart disease.